Celebrating 40 years of Ministry across the World Entry #2

Celebrating 40 Years of Ministry Across the World. Entry #2

A young couple named Kenny McDonald and Mercia Payne (MacDonald) would come to Elwyn Court along with Mercia’s mom & dad ( Roy & Mrs Payne) to show Christian movies every Friday /Saturday night. They would set up the 16 mm movie projector in the park of the building and anyone who wished to attend could come. There was a huge number of us children /That night when the altar call was given for anyone who wanted to ask Jesus Christ to forgive their sins and have Christ become their Lord & Saviour, I responded immediately. I knew that God was speaking to me that night.

I can close my eyes today and I’m back in that hall of the church. I remember the smell of the building. Mercia spoke to me about what it was to accept Jesus as Saviour and then led me in a prayer –the sinners prayer. I can vividly remember how I felt after that prayer, it was as if something had been taken off my shoulders. I felt like I had been forgiven. It was an incredible feeling and thought that the God of the Universe had forgiven me.

I was given a little rainbow coloured cover Bible – the living bible.teenagers that would go. For many of us, it was a free movie

Straight after the meeting I ran down to the Ark Royal Café on the corner of Point and Shearer Road. I went there often to play Pinball plus we shopped there for bread and milk. . This time as I played the pinball game shouted “Praise the Lord, Hallelujah…” The owner Chris shouted to me to keep quiet. I told him I had become a Christian I don’t remember his reaction but a number of years later he began attending Living Waters Church in Redhill.

That was the beginning of my Journey with God and His Son Jesus Christ.

It was only a few months later: During this year Christ Church Addington held a crusade with an overseas speaker: Canon Rev Dr Michael Green. He was the advisor to the Arch-Bishop of Canterbury.

Michael Green preached a series of messages. The whole crusade was called “Twice is the only way to live” based on one of his books he had written. The church had erected a huge Marquee Tent on their grounds for the crusade. I had helped during the week to put up posters and Lamp post boards along with Nigel Walker and Ross (he was a deacon in the church).

I remember hearing Michael preach and very distinctly saying to myself, “I want to be a preacher just like him.” That must have been in the August / early September of 1974.

A few months later (October) I was invited to go to Living Waters Church Camp. Camp was very rustic and basic. In those early years there was no electricity, everything was powered by generators. The showers were heated by fires with wood. You would need to get to the showers early otherwise it was a cold shower in store for you.

The hall was called ‘Amen Corner’ and oh, the glory and power of God would fall in those meetings. Many nights’ people would not leave the meeting until the early hours of the morning as they met with God.

It was during one of those Saturday nights meetings that I had a supernatural call into the ministry. I had thought for a few years that I would become a Dental Mechanic like my Uncle Wally?? He had said to me that one day I could have his tools and equipment when I grow up.

Since those meeting with Michael Green I had been praying and said to God that I want to be a preacher like him.

The Call of God

The Saturday night at camp God was moving powerfully, I was at the Altar to the right hand side when Pastor Dillman laid his hands on me and prophesied “Because you have desired to do my work, you will do it.”

That was the exact thing I had been praying for the last few weeks. Pastor Dillman had never met me before this time. I knew then that I would be a preacher. I think I stayed at the altar for a few more hours after 1am in the morning. These were the days when it was quite normal to stay all night in God’s presence.

NEW SERIES: Every Generation WORSHIPPERS of The KING

Celebrating 40 years of Ministry Across the World Entry #3

Celebrating 40 years of Ministry across the World Entry #2 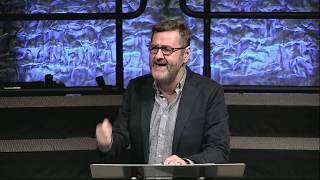 THE LIGHT is ON FOR YOU

The God of Generations